Welcome to Not All Men Improv, an all-female podcast talking all things comedy hosted by members of Thespianage Productions!

This is Lizzie, the host of Not All Men Improv! She is the newest member of Thespianage Productions and was lucky enough to attend one rehearsal and perform in one whole show before lockdown! She is excited to start her journey into the dark and dangerous world of improvised comedy ONLINE! She was a mega-fan and groupie of Thespianage and up until a few months ago was a happy member of the audience, but decided to finally give improv a go! Join her as she chats with some of the most talented and dynamic women in comedy!

Lauren has been performing improv comedy for 10 years and has honed her craft as an insanely talented stand-up and sketches writer, as well a seasoned improviser who has not only performed on stage with Phill Jupitus but was also crowned winner of the Bangor University Comedy Society’s Annual Stand Up Comedy Competition, meaning that she got to perform the warm-up act for Sean Walsh at Pontio Bangor in 2013! She is crazy talented!! Lauren is known to continually bring the house down with her quick-fire responses and absurdist comedic wit. Her contributions to the game that very often ends a Thespianage show, ‘Sex With Me Is Like’ have been known to make audience members cry with laughter. It’s the quiet ones you have to watch out for!

This is the very lovely Georgina! G is as talented as she is classy and is as comfortable playing a Scouse Ebenezer Scrooge as she is playing a dinosaur prepping for the end of the world. The elegance, poise and confidence she brings to even the silliest of characters is enviable and it would not be wrong to compare her to a young Mary Berry, not only for her astonishing baking wizardry, but more for her ability to stay focussed and keep the rest of the performers on the straight and narrow, despite all the chaos around her! As well as Improv comedy, she reviews theatre performances for the British Theatre Guide and has a keen interest in theatre and ballet. G is the full performance package!

This is the beautifully regal Victoria! Victoria is a fearless and energetic performer and is unafraid to use her physicality to enhance characters in her performance, as she often takes the scenes she’s performing in to the most weird and wonderful places, which we love her for! Her ability to embrace the silly translates so well to her audiences and she is just an absolute joy to watch, not only for her expert pairing of Lucy and Yak dungarees with her burgundy Doc Martens, but for her total unrestrained ability to be in the moment and enhance the scene with her bizarre talent. Victoria is such a dream to watch and to perform with!

See what else is happening on Thespianage Comedy Podcasts! 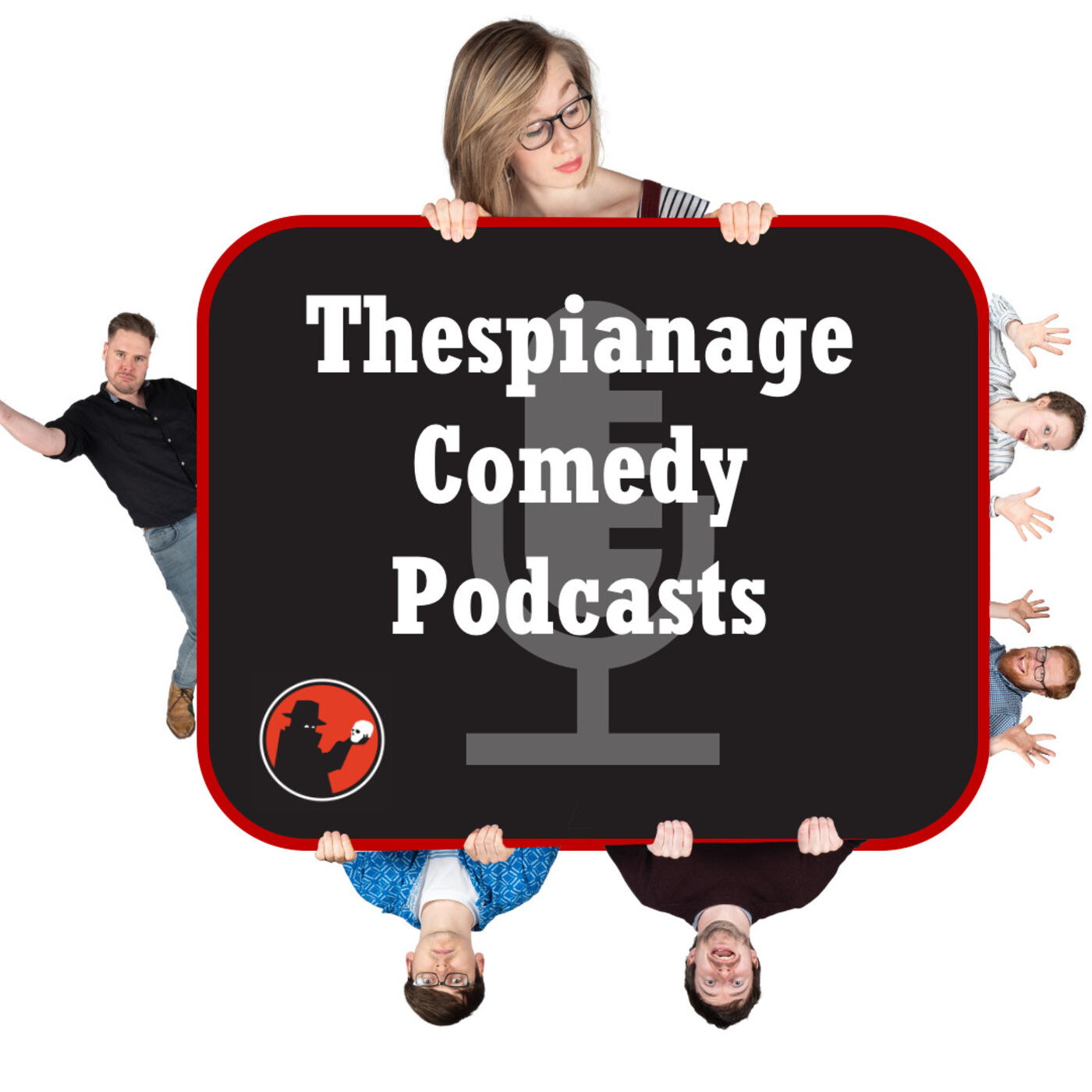 Not All Men Improv: My Favourite Kind of Cult – Thespianage Comedy Podcasts

This episode the NAMI gang interview Bangor alumni Kat Cooke! Kat performs with Liverpool Comedy Improv and is a founding member of all-female group Boss Birds Improv! This week we discuss the strange transition from in-person performances to online only performances at the start of the UK lockdown as well as reminiscing about student days and the Drama Society at Bangor. We finish off the episode with our chosen topic of discussing our favourite improv games!